In the early 1980s, I got a call from Larry Norris who was conducting a Biological Assessment of the area below Terminus Dam on the Kaweah River for the US Army Corps of Engineers who were in the early stages of exploring alternatives to increase storage of Kaweah River runoff. Over the phone, Larry was trying to obtain permission to access a flat area of about 300 acres in Section 26 that, according to the maps he was given, belonged to the USACE where he had found a large population of Kaweah Brodiaea, a species that had been presumed extinct since the 1920s. We agreed to meet and go to the site together.

In the late 1950s, my father and grandfather were embroiled in a condemnation action with the Feds over the initial construction of Terminus Dam in which they prevailed, requiring the USACE to revest some of the condemned property back to the family. Larry Norris had been given one of the old maps for his survey. As was typical of Corps projects in those days, the take was more than needed for the clay core of the dam.

It was early summer when Larry and I went to the site and the Brodiaea had already gone to seed, which he identified for me, scratching through the dead debris of fillaree and foxtails, the details of an exercise I can no longer remember. But to have a large population of a rare and endangered plant listed by the California Native Plant Society and the State of California on the ranch, I thought it important to be able to identify it, but it wasn’t until the first of May in 2011 that I actually found and photographed it, aided by the memory of where Larry Norris had found its seeds. Though the Jepson manual cites livestock grazing as a threat to the Kaweah Brodiaea, its seeds survived the Drought of 1977 when Section 26 was grazed down to the dirt.

Part of the difficulty of finding the Kaweah Brodiaea is that it blooms prior to the Elegans or common Harvest Brodiaea and that its blooming period is much shorter, depending on temperatures in the first week in May. In 2011, the bloom period for the Insignis was ten days, where as the Elegans can last over a month, quite showy over dry grasses. Secondly, its on a much shorter stem and oftentimes difficult to find or see among all the other grasses.

I have included photographs below to help distinguish the Insignis from the Elegans. Noticeable differences are the flat petals and convex stamen of the Insignis. 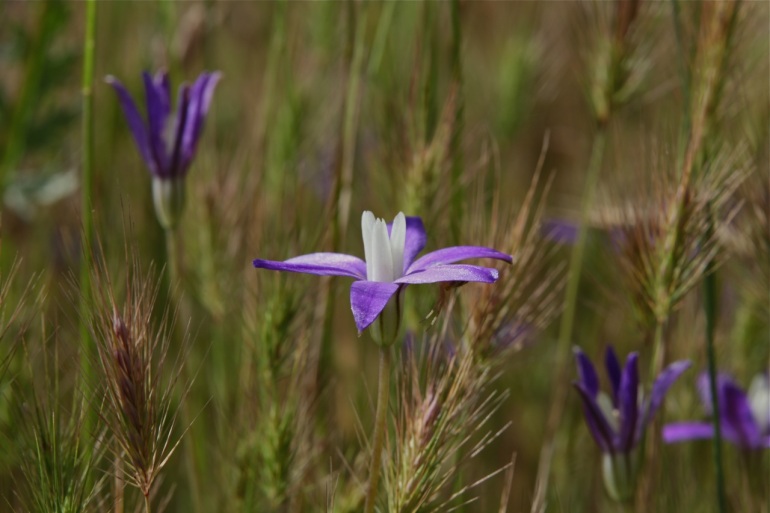 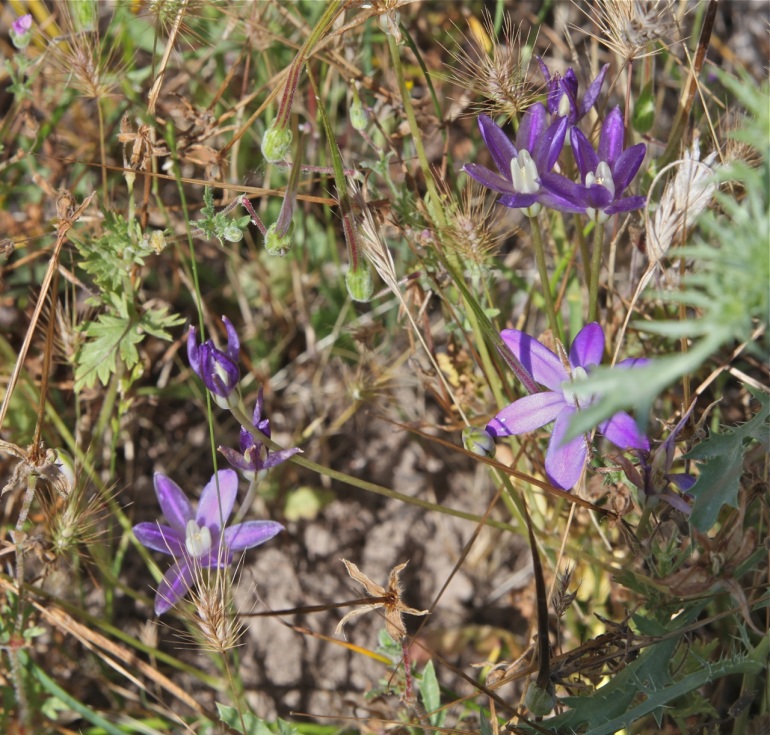 May 11, 2012 post: I’m attempting to document my unsubstantiated thesis that the bloom period for the Kaweah Brodiaea is extremely short, making it pretty tough to find and identify. Additionally, I’ve found it blooming in the canopy of other grasses. I could only find the wildflower in one place this morning, the number in bloom substantially decreased, no evidence at all in the other three locations I’ve been visiting. Temperatures have been in the mid-90s. I suspect in a day or two, their bloom will be over. Meanwhile the Harvest Brodiaea is popping up everywhere.

May 13, 2012 Few and far between, there are some Insignis left still blooming. 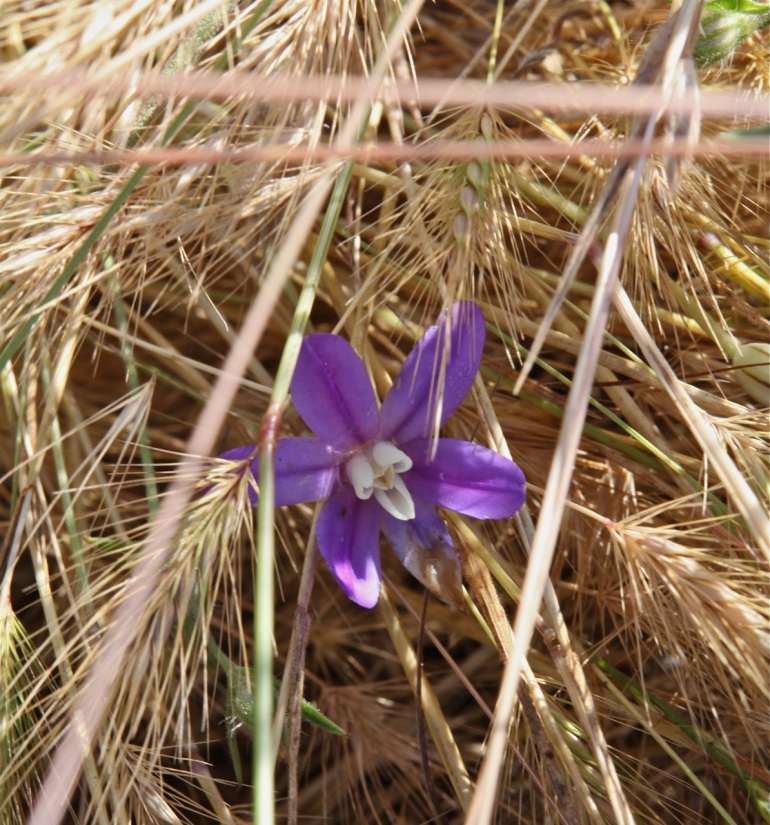 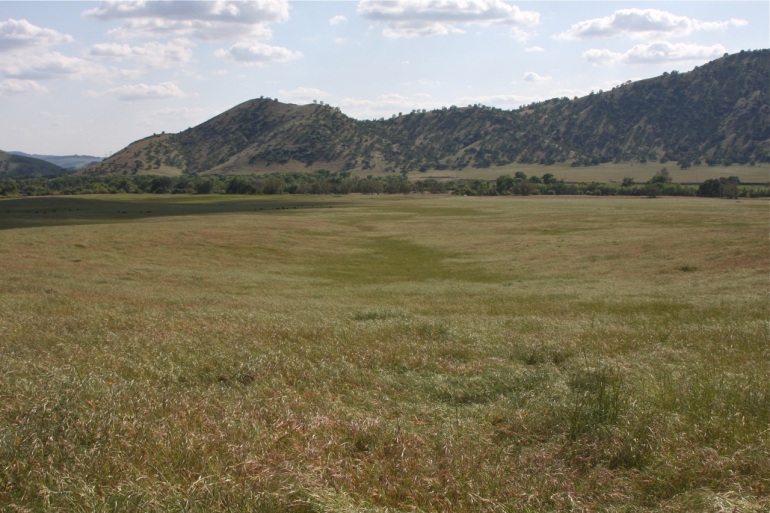 Note: My current hypothesis regarding the bloom period for Brodiaea Insignis is not only that the bloom period for the species is short, 10 days or so, but also that each individual flower blooms only for a day or so, as opposed to the bloom of the Elegans that may last weeks. I am not a botanist, but few people have ready access to such a large tract of Kaweah Brodiaea. My plan is to journal my observations with photographs next year, flagging individuals to prove, or disprove, my theory. I might even learn a little botany in the process, if not before.