Photo: March 29, 2012. I’ve exhausted my resources and can’t find anything quite like this interesting cluster of flowers. 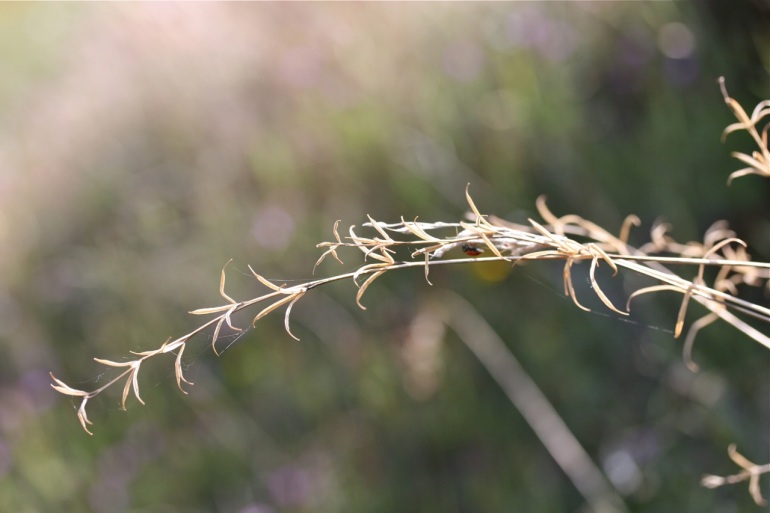 Apparently short-lived, I went back to the spot where the first photo was taken on March 29th to find the large sprays of white flowers gone, presumably casualties to the 1/2″ rain on April 1st. The flowers are similar to the Cut Leaf Fringe Pod, but there were no pods on any (at least 10) of these long stems, much longer and taller than any Fringe Pods I’ve seen. (The Fringe Pods/Lace Pods are still blooming despite the rain, all with pods trailing down their stems) I include the dry version to assist in identification. Most sightings of Lemmon’s Mustard seem to be in the Carizzo Plains/East Side of the Coast Range. But we seem to have the right bloom period. 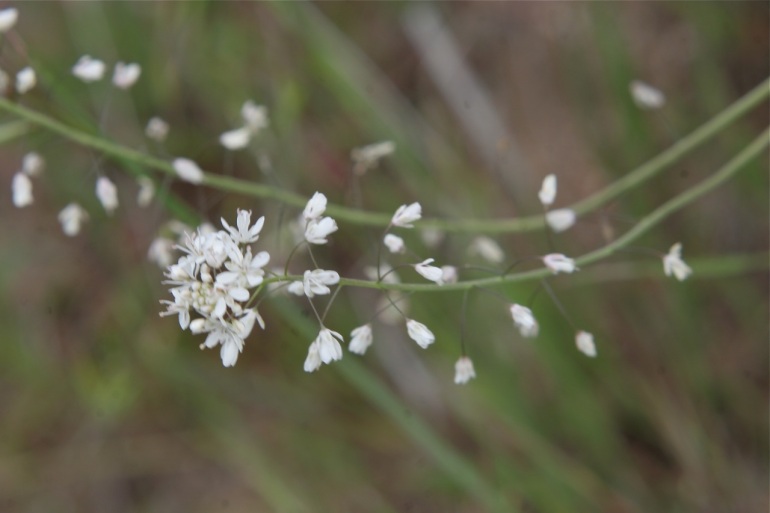 Found in a patch of Sierra Tidy Tips between clumps of gooseberries, Greasy Creek. Seemingly less healthy than the company it keeps, is this a white-petaled variation of Sierra Tidy Tips? Haven’t found anything like these in my resources, nor anywhere else on the ranch. (Not Mayweed , I don’t think, healthy patches I photographed last May, included in DCJ’s Wildflowers>Identified.) Close to Native American habitation where gooseberries claim exposed granite, making good homes for feral hogs, the DG-mixed soil seems shallow. Even the Goldfields here are smaller.

Yellow clusters on a bare (leafless), multi-stemmed shrub, 2-3 feet tall. Rosettes are less than 1/2″ in diameter. This stuff is tough. In a community of poison oak and gooseberries on a damp, north slope, this fairly large patch was cleared with a bulldozer about ten years ago in one of our brushing/water development projects.

April 14, 2012: I think this is California Barberry, Berberis pinnata, but without the distinctive leaves on these shrubs, I can’t be sure. Generally occurring along the coast and in Southern California, there are only ‘reported’ records in Tulare County, as opposed to ‘documented’ or ‘specimens’. Related to the Oregon Grape, these stems have been browsed, and more than likely, the leaves as well. With more feed available now, I’ll keep checking on their progress as we move through spring into summer. 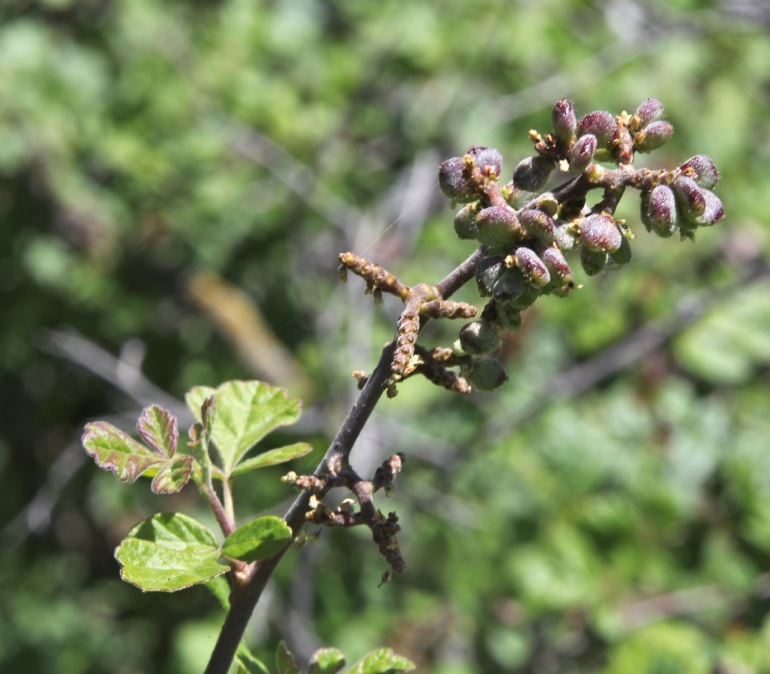 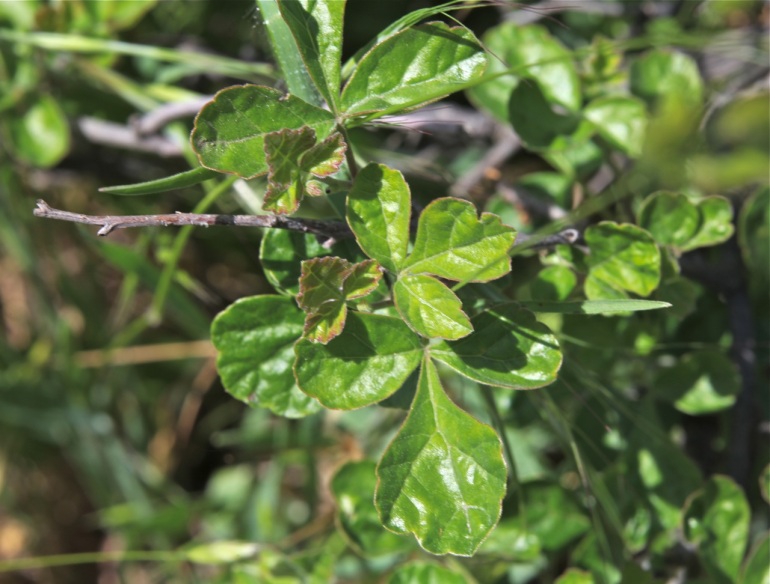 With more foliage, I think this is either Rhus aromatica or Rhus trilobata, a fragrant sumac from photos at Calflora. But I didn’t notice it having a scent. I’ll keep checking through the summer. 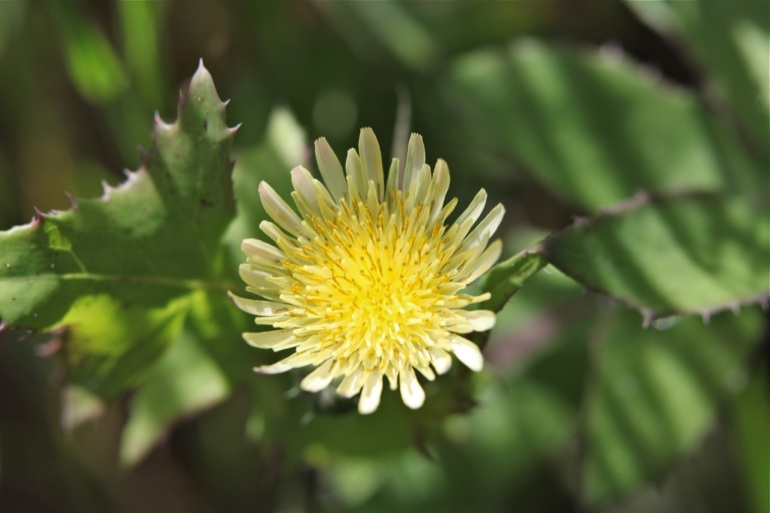 This dandelion has a flower like the ‘grandiflora’ but a barbed leaf closest to the ‘Taraxacum’, an Endangered Species with specimens in San Bernardino and LA Counties, reported also in Humboldt County. Not a fan of dandelions, it caught my eye on a damp north slope and disturbed ground.